Recently, much attention has been paid to research into the physical and mechanical properties of nanomaterials obtained in the form of coatings by various deposition methods.

The most common methods in industry are chemical (CVD), physical-chemical (PCVD) and physical deposition [1-3]. Nanocrystal coatings based on nitrides and carbides produced by these methods remove new physical and mechanical properties - increased mechanical strength, high hardness, high wear resistance compared to conventional monophasic paintings. Among the refractory compounds that show high functional characteristics, nanocrystal composites of systems (Ме1х, Ме21-х)N, obtained in the form of solid solutions of incorporation, take a special place. One element is titanium (Ме1х), the second element is copper, aluminum, vanadium, molybdenum, niobium, silicon, etc. [4-8]. According to the referents, in order to provide high mechanical and tribotechnical characteristics of nanocrystal composites, it is necessary to create such a composition in which the surfaces of hard grains of feather metal nitride are coated with an amorphous-like damping interlayer. Volumetric support of such interlayer for different systems is determined by interatomic binding force and puts 7... 18% [9-11].

In order to test these conditions, we have chosen the most common Ti-Al-N-based compound, which has been widely used in the art to improve the cutting tools efficiency, the friction assemblies of machine parts, as well as a new method based on deposition of plasma ion implanted coatings during the application process.

The aim of this work is to study the possibilities of obtaining nanocomposite coatings (TiAl) N by ion implantation and deposition, to determine the effect of physical and technological parameters on the structure, physical and mechanical properties and tribological characteristics of the obtained coatings.

Experiment and research methodology. For production of coatings (TiAl) N we used a new technological complex of synthesis of coatings on the basis of «Bulat» type installations equipped with HF (high frequency) generator (Fig.1) [12].

Standard HF generators designed for stationary machine can be used as pulse generators, but with one condition: HF power in pulse cannot be very different from the maximum permissible power in stationary mode. In other words, increasing pulse duty cycle results in significant reduction of maximum possible average HF power invested in discharge. 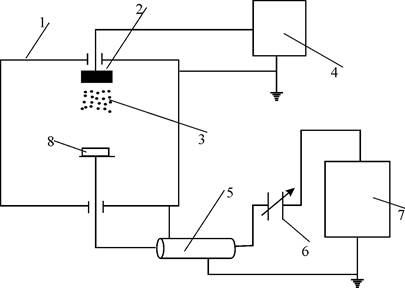 Figure. 1. Scheme of installation of synthesis of nanocrystal coatings on the basis of vacuum-arch series by ion implantation and deposition method:

In order to expand the flexibility of the technological system, the simplest generator was created, which allows to obtain up to 100 kWH of power in a pulse at the average value of HF power not more than 20 kW. The pulse generator was based on the circuit of the core with the impact circuit [13]. Experimental results made it possible to develop a new technological scheme for obtaining coatings from streams of metal plasma with the use of a pulsed HF generator. Damping HF oscillations during one pulse create conditions for ion implantation into the surface of energy ions at the beginning of the pulse, and then for their deposition onto the surface at the corresponding value of decreasing voltage during the pulse. Thus, during one pulse, conditions appear both for ion implantation and for application of particles, regardless of the operating characteristics of the plant (partial pressure of the working gas, mode of operation of the plasma source, etc.). The selection of the maximum voltage amplitude at the beginning of the HF pulse is determined by the amount of energy acquired by specific ions in this electric field (potential pit) [14]. Two main technological operations - implantation and deposition, which were not performed earlier in vacuum-arc deposition plants, are combined during each pulse. This makes it possible to select physical parameters of deposition, physical and mechanical properties of coatings depend significantly on them, as well as shortens the duration of the coating process and in general, increases the manufactures efficiency of operation of «Bulat» type plants.

The structural parameters calculated based on the broadening of (111) peak are generalized in Table 1. The crystallite size depends on deposition parameters, in particular from working gas pressure, weakly since varying in the range of 9.2–11.6 nm, taking into account possible measurement errors. However, the crystallites reﬁne up to 9.2 nm with an increase in bilayer number to 360, which results in an increase in the crystallinity (texture) of the multilayers [9]. This statement also evidences by texture coefﬁcient, which increases to 1.35. The measured residual stresses in the coatings are compressive and exhibit a linear increase from - 3.5 to- 5.3 GPa with increasing crystallite size from 9.2 to 11.6 nm. Meanwhile, the calculated lattice parameter shows values in a narrow range of 0.4323–0.4354 nm, which are consistent with the measurements in works.

According to our early studies of Si-containing multilayer coatings obtained by cathodic-arc evaporation, the amorphous SiNx phases can be formed in the near-surface regions at a low Si content in the alloy cathode. When the fraction of silicon in the composition of alloy cathode exceeds 3%, the formation of amorphous SiNx phases is possible throughout the volume of the coating. In order to verify this suggestion, the chemical binding state of multilayer TiZrN/TiSiN coatings was investigated by XPS. Figure 1b, c demonstrates the high-resolution XPS spectra obtained from the surface of multilayer coating M2 in N 1 s energy region. Presented N 1 s spectra are ﬁtted into 2 components. The ﬁrst component of N 1 s spectrum, presented in Fig. 1b, is composed of 2 peaks. The main peak at high energy side at 395.3 eV can be assigned to Si-Nx bonds, presumably, Si3N4 phase, while the peak at low energy side at 395.5 eV can be attributed to Ti–N bonds. Figure 1c presents the second component of N 1 s spectrum that also can be deconvoluted into 2 peaks. The peak at high binding energy at 397.2 eV can be attributed to Ti–N bonds, and the peak at low binding energy at 396.3 eV is assigned to Zr–N bonds. As Si fraction in TiSi alloy cathode is 5%, we can assume that XPS results are valid for the entire volume of the investigated coating. Thus, we can assert that multilayer TiZrN/TiSiN coatings are nanocomposites composed of TiZrN nanocrystallites and TiN nanocrystallites embed in an amorphous SiNx matrix. The identiﬁed structure of the coatings can be expressed by the following relation: fcc-(TiZrN/ncTiN ? a-SiNx), where nc denotes nanocomposite crystal structure, a denotes amorphous phase.

One can see that the surfaces are nonsmooth due to the defects presented by light-gray macroparticles (droplets) and dark-gray craters. We should point out that the formation of these defects is quite typical for the coatings deposited by cathodicarc evaporation from non-separated plasma ﬂuxes. As stated in work, the generation and ejection of melted metal particles occur due to the irregular erosion of cathodes. Therefore, the size, density and number of the macroparticles most commonly depend upon cathode material properties (current density, melting point, etc.) and deposition conditions (working gas pressure and negative bias voltage). For our coatings, the shape of the defects is mainly spherical[10]. The size of the macroparticles ranges between 0.5 and 12.2 lm in width. The craters width changes from 1.8 to 7.3 lm. The size of the defects is independent of the deposition parameters. However, their number decreases with decreasing the working gas pressure to 1.0*10–3 Torr. Above effect was observed previously for transition metal nitride coatings, for instance, ZrN/CrN, NbN/AlN, and TiN/SiC. The cross-sectional views of multilayer TiZrN/ TiSiN coatings conﬁrm the layer-by-layer architecture of the produced coatings and the formation of the diffusion zone at the ‘coating-substrate’ interface. It is obvious that the alternating TiZrN and TiSiN layers have a relatively linear organizational structure and contrast well with each other. This made it possible to measure the total and the bilayer thicknesses of the coatings (see Table 2). Obtained thicknesses correlate well with the expected ones. The EDS analysis, performed on cross sections of the multilayers, enabled to identify the chemical composition of the TiZrN and TiSiN layers of the experimental coatings. According to the obtained results, produced coatings is composed of the following elements: nitrogen, titanium, zirconium and silicon. The mean atomic concentration of the constituting elements is presented in Table 2.

The vaporizable material was titanium aluminum alloy (80 weight (wt) % Ti and 20 wt% Al) obtained by vacuum melting. Gas- making nitrogen was used  as the reaction gas. Coatings 3... 4 μm thick were deposited on polished samples of З8Х2МЮА (8x8x30mm). Potential of shift moved on a substrate from HF of the generator which generated impulses of damped oscillations with a frequency <1 MHz, duration of each impulse of 60 of microsec, with a frequency of repetitions of 10 of kHz, average power in an impulse of 100 of kW. The magnitude of the negative auto displacement of the potential on the substrate, due to the HF diode effect, was 2... 3 kV at the beginning of the pulse (after actuation of the discharge device) and decreased to 100 V in the pulse (before actuation of the discharge device). The elemental composition of the coatings was determined by X-ray spectral microanalysis («Camebax»). Phase composition of coatings is determined by X-ray diffractometric method (DRONE-3). Hardness was measured by NANO INDENTER 11 (MTS Systems Inc., USA) a three-sided Berkovich indenter.

Tests for wear resistance carried out according to the scheme the plane cylinder by car of friction of MI1M at a speed of sliding of 1.3 m/s, load of 100 N, within one hour, by an to dip to AMG-10 brand oil, temperature ~ 600C. As cylinders X12M disks with a diameter of 40 mm of steel were used polished (Ra = 0.08 microns) (HRC 57-58). During these tests, the coefficient of friction, the volume wear of the coated shoe Wp and the weight wear of the roller Wk were measured. After the wear test, the surface relief of the coating in the direction perpendicular to the longitudinal axis of the friction track was recorded using a profilometer, and the volume wear was broken. The amount of countertel wear was determined by weighing before and after testing on analytical scales with an error of ± 0.1 mg. The samples were loaded to a given load in a step-by-step manner, and the test duration was 2 hours. Methods of VIMS, RFES were used to study the chemical composition of friction surfaces.

We bring thank Pogrebnjak A.D for the help of data acquisition.

Cand. tech. Sci., Professor, Senior Lecturer of the Academy of the Armed Forces of the Republic of Uzbekistan, Uzbekistan, Tashkent

Teacher of the Academy of the Armed Forces of the Republic of Uzbekistan, Uzbekistan, Tashkent

Senior lecturer of the Academy of the Armed Forces of the Republic of Uzbekistan, Uzbekistan, Tashkent

Senior lecturer of the Academy of the Armed Forces of the Republic of Uzbekistan, Uzbekistan, Tashkent