The behavior of ordered, stable dynamic domain structures (DDS) [1-8] of the "leading center" type (VC) was studied in detail, the quantitative characteristics of these DDS [8,9] were determined on several samples of ferrite-garnet films, for which, according to dynamic domain phase diagrams (PD), there were large am-amplitude-frequency domains (H0-f) of the existence of this type of DDS. We will demonstrate the obtained data using the example of sample №. 1.1

The object of research was thin epitaxially grown single crystal films of ferrite-garnets. Let us consider the studies of the parameters of the DC type VC obtained for sample №. 1.1. Sample №. 1.1 was obtained from the same ferrite-garnet film as sample No. 1. The difference between the sample and sample №. 1 is that it contains, in addition to natural defects and artificially caused by a diamond indenter. At certain values of the frequency f and the amplitude H0 of the alternating field, defects become source centers of concentric ring domains. When determining the parameters of the VC (the number and width of the rings, the period of the structure in them, the outer diameter of the VC, the frequency of the birth of rings, etc.), the method of micro-videography was used. 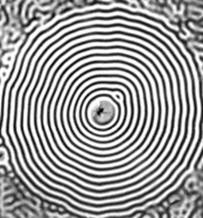 Figure 1. A system of concentric ring domains on an artificial defect

When studying the PD constructed for sample №. 1.1. №. 1.1, cut from the same FG film, several artificial local defects were applied to it with the help of a diamond indenter, which led to the fact that there are already two areas of dynamic self-organization on the PD. In a low-quality area, not spiral, but annular dynamic structures are formed, such a DDS has deformed rings around a local defect. The artificial creation of local defects in sample №. 1.1 led to the appearance on the (H0-f) diagram of a large area of the atmospheric state [5-6], in which there are ordered DDS devices of the VC type, they are formed around local point defects in the form of concentric ring domains.

Local artificial defects here act as centers of formation of large systems of concentric ring domains, similar to those shown in Fig.1. note that a natural defect was also found on this sample, around which, at certain f and H0, ring domain systems are formed. The dynamic behavior of such systems, depending on f and H0, is different, then they behave like VC, then like DC.

The number of rings N in the structural types of VC significantly depends on the pumping parameters f and H0. When the amplitude and frequency of the field change, N changes to a certain value characteristic of the given values f and H0, i.e. some dynamic equilibrium occurs between the processes of formation and destruction of ring domains.

The leading center on an artificial defect will be called a large VC (BVC), since it can grow up to 1.5 mm in diameter and have up to 40 rings, and the VC on a natural defect will be called a small VC (MVC), its maximum number of rings in our experiments did not exceed 12. A three-dimensional general picture of the change in the number of ring domains of the BVC with a change in the two control parameters f and H0 is shown in Fig.2. 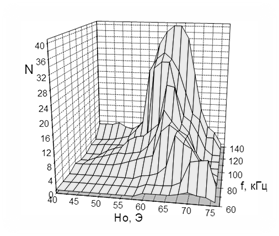 Figure 2. Three-dimensional picture of the dependence of the number of ring domains of the BVC with a change in two control parameters f and H0 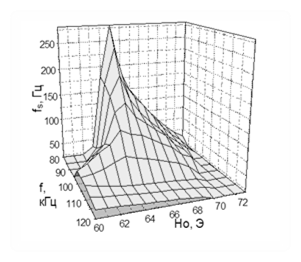 Figure 3. Three-dimensional dependence of the natural frequency of the BVC fs on the frequency f and the amplitude H0 of the alternating magnetic field

In contrast to the large VC, in the MVC ( for f and H0 = const), the number of rings varies from complete absence to some maximum value, after which, N decreases again to zero. The absence of rings in the MVTS at high frequencies and amplitudes (Fig.4) is due to the fact that it is suppressed by the BVTs.

Figure 4. Three-dimensional diagram of the dependence of the number of rings N for MFC on the frequency f and the amplitude H0 of the alternating magnetic field

The work is devoted to the study of the dynamic characteristics of the DS on artificial and natural defects. The processes of self-organization of chaotically moving domain structures into ordered ones under the influence of a variable continuously acting field are analyzed. Three-dimensional diagrams of the dependence of the natural frequency of operation fs, the number of rings N, Tg of the lifetime and Tw of the waiting time on the amplitude and frequency of the alternating magnetic field are constructed. Based on experimental data, conclusions are drawn about non-monotonic dependences of the studied characteristics and the strong sensitivity of these physical quantities to the parameters of an external alternating magnetic field.