PROPOSALS FOR AMENDMENTS TO REGULATORY DOCUMENTS FOR HIGH-RISE BUILDINGS

The purpose of the scientific research is to prevent human losses and reduce material damage in the event of fires (emergencies) on the territory of the Republic of Uzbekistan.

The task of the work is to develop specific, scientifically grounded recommendations for making changes and adjustments to the norms, rules and requirements for the planning and development of multi-storey (high-rise buildings) buildings, taking into account the technical and tactical characteristics of new fire and rescue equipment used in the official activities of the ministry for emergencies

On the other hand, Uzbekistan is a region with an increased level of seismicity, sothe number of floors and the number of floors of residential buildings are determined in accordance with socio-demographic, national-household, architectural-compositional and other requirements for the formation of the residential environment, as well as the possibility of developing engineering infrastructure and ensuring fire safety.

But, the construction of these new buildings and the planning of territories are carried out according to regulatory documents that do not take into account the technical and tactical characteristics (especially working dimensions and weight) of new fire and rescue equipment received and planned for admission to the Ministry of Emergency Situations of the Republic of Uzbekistan.

For this reason, there is an urgent need to make changes and adjustments to the norms, rules and requirements for the planning and construction of new buildings. At the same time, special attention should be paid to the planning, construction and operation of urban settlements equipped with multi-storey apartment buildings (construction of houses from 9 floors and above).

In the normative document [5, p. 83. Table. 39] the main characteristics of the street and road network of settlements are given to classification (Table 1).

Paragraph 159 of the normative document [5, p. 85.] states that the adius of the rounding of the roadway of streets and roads along the edge of sidewalks and dividing strips should be taken at least 15 metra. 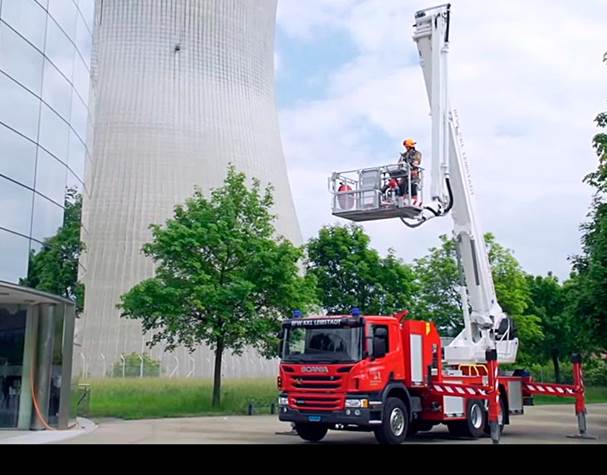 Figure 1. Location of special equipment near a multi-storey building

In the previously listed normative acts and rules for the construction of buildings and structures, it is indicated that when designing passages and pedestrian paths, it is necessary to ensure the possibility of passage of fire engines to residential and public buildings, including those with built-in attached premises, and the access of firefighters from ladders or car lifts to any apartment or room.

Consider the tactical and technical characteristics of some special fire ladders and car lifts (Table 3).

I conducted landing during 2021-2022 the research cycle of some special civil protection exercises in the settlements of the Andijan region with the involvement of the forces and means of the emergency situations management units (by an increased call number) and the interaction services of the region.

The al-30 (131) PM 506 fire escape on the basis of Zil-131, the AKP-50 cranked fire lift on the basis of KAMAZ-6540, as well as the Fire Lift with the RTM-48 D ladder on the basis of MAZ-6312V5, which are in service with the units of the Emergency Situations Department of the Andijan region, were involved in the research exercises.

Duringthe exercises, in an environment close to real conditions, various ways of accessing special equipment to high-rise buildings were tried.

With the radii of rounding of the roadway of streets and roads along the edge of the sidewalks and dividing strips of at least 15 meters, the fire lift with the RTM-48D ladder freely passed to the scene of the emergency.

With radii of rounding of the roadway of streets and roads of less than 15 meters, the equipment had to carry out additional maneuvers, the involvement of employees to ensure traffic safety (reversing, blocking roads).

Particular attention and precautions were taken with narrow passages of residential buildings located in the depths, with distances from the edge of the passage to the wall of the building of less than 8-10 meters, as wellas the installation of special equipment on sidewalks no more than 4 meters wide.

In two cases out of eight, it was not possible to fully use the FIRE ESCAPE RTM-48D in connection with the operation of automation (disabling the lifting of the ladder due to violation of the regulatory installation).

Based on the results of the study and as a result of studying the works of specialists in this area [1, 2, 3, 4] offers :

1. Norms and rules shall establish general requirements for fire protection of buildings, premises and other construction structures (hereinafter referred to as buildings) at all stages of their creation and operation, regardless of the forms of ownership and departmental affiliation, and also establish a fire-technical classification of buildings, their elements and parts, premises, building structures and materials.

- Passages leading to groups of residential buildings with a population of more than 3 thousand people in the zone of multi-storey buildings should be taken in two lanes of traffic 5.5 m wide with sidewalks 1.5 m wide. (with Lanes take at least 7 meters.

- In reconstructed cities, with the existing development, it is allowed to reduce the specified radius to 5 m.

5. In order to carry out rescue operations safely during fires and earthquakes, in paragraph 6 [7], delete the following words:

- The distance between buildings of I and II degrees of fire resistance may be provided less than 6 m, provided that the wall of a higher building, located opposite another building, is fireproof.