The article indicates the main properties of natural vermiculite, analyzes the analysis of the mineralogical and technological features of vermiculite of sungulite raw materials. Information is given that the first appeared vermiculite ores of the Karauzyaksky deposit, as well as the development of a beneficiation scheme, the purpose of which is to obtain raw materials for heat-insulating and facing tiles.

Introduction. In the Republic of Uzbekistan, the production of vermiculite and materials based on it is just beginning to develop. High porosity, low volumetric weight and low coefficient of thermal conductivity, as well as a mineral composition that provides high fire resistance and biostability, put it in one of the first places among other heat-insulating materials. Dry construction mixtures are prepared from it, fire-retardant boards and paints are produced, it is used to insulate heating units, to soundproof rooms, when pouring steel, etc. In the industry of economically developed countries, vermiculite is used for the production of more than a hundred types of products. [1].

Research methods and results. Vermiculite ores of the Karauzyaksky deposit are typical formations of the weathering crust. In the near-surface part, they are represented by loose fine - medium-grained rocks, often with a lumpy structure. The lumps are 3-7 cm in size and easily crumble into small particles. At depth, the rocks are denser, but also poorly cemented. [2].

The main minerals of the ores are vermiculite, pyroxene, amphibole, minor ones - carbonate, titanomagnetite, iddingsite, hydrochlorite, montmorillonite, chrysotile - asbestos, gypsum, iron oxides. Titanomagnetite is largely martitized. Its content ranges from 0.5-1.0 to 5-10%, less often 15-20%. In terms of mineral composition, ores are predominantly vermiculite-pyroxene with a pyroxene content of 60 to 90% [3].

The chemical composition of ores (Table 2) largely inherits the composition of ore-forming unweathered rocks, differing only in the higher content of Fe2O3, CO2 sulfate sulfur and loss on ignition, which is typical for the hypergenesis zone.

The chemical composition of vermiculite ores

X-ray phase analysis of the crushed vermiculite sample was carried out on an X-ray diffractometer DRON-3. Radiation - CuKα, detector - scintillation counter. The recording was carried out in the range of angles 2Θ – 5–70 ° С with a step of 0.1°. The X-ray diffraction pattern of crushed vermiculite is shown in Fig. 1. A difference has been established in the behavior of finely ground vermiculite and relatively large aggregates of vermiculite concentrate selected in the sample, the diameter of which is about 2 mm, and they are folded in a number of tightly adjacent layers. 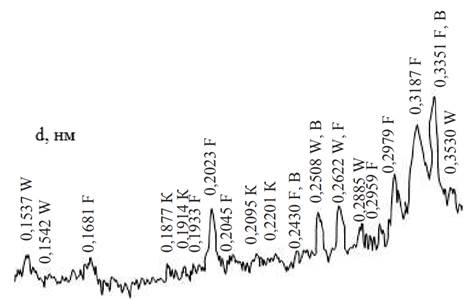 The content of vermiculite in ores is extremely uneven - from the first tenths of a percent to 35-38%, in vein-like accumulations up to 50-65%. A clear pattern of distribution of vermiculite to depth is not observed.

The vermiculite content was determined by rock firing and air separation of expanded vermiculite. Most of the samples were analyzed using special equipment (tubular vibroelectric furnace LHE TP-1, vibro-jet air separator VEP-1), which significantly increased the accuracy of analyzes.

According to the vermiculite content, ores can be conditionally subdivided into 3 types: lean ores with a content of 5-10%, medium (10-20%) and rich (more than 20%). However, the delineation of ores with different vermiculite content due to the unevenness of its distribution is not possible. 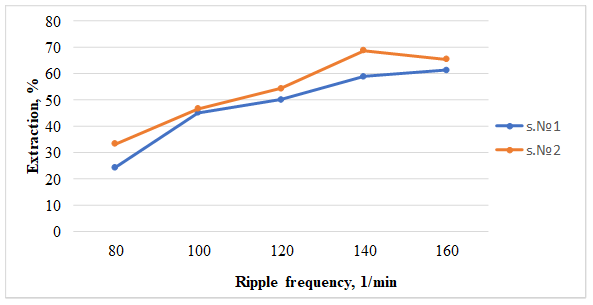 Figure 2. Dependence of the extraction of vermiculite into concentrate on the pulsation frequency of the jig

With an increased content of titanomagnetite in ores, it is possible to simultaneously obtain its concentrate by magnetic separation of ores at the head of the technological process. According to laboratory tests, the content of Fe2O3 in magnetite concentrates is 24.7-50% and they can be used as an iron additive in the production of cement.

As can be seen from the data presented, when enrichment on jigging machines, the enrichment indices are low. To create an optimal beneficiation scheme, the vermiculite ore of the Karauzyaksky deposit with a vermiculite content of 10.16% was tested for washability according to the developed scheme (Fig. 3).

The technological scheme includes one-stage crushing, extraction of iron-containing, non-ferrous metals and other impurities from ores, sorting on screens into the resulting fractions and air separation. 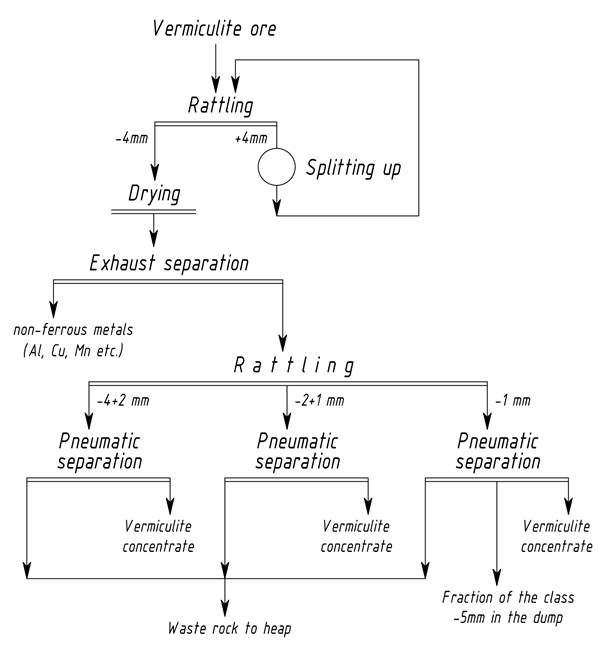 To separate the fraction over 4mm, the ore was screened. Fraction over 4mm is fed to the crusher for crushing, followed by the return of the crushed product to screening. Under mechanical action, vermiculite grains easily unfold along cleavage planes, forming very thin, weakly swelling scales, therefore, during crushing, excessive splitting of vermiculite must be excluded.

In its structure and properties, vermiculite differs significantly from other natural stone materials, crushing of which can be successfully carried out on hammer, jaw and roller crushers. The ability of vermiculite to stratify into thin plates and, in some cases, a rather high viscosity does not allow the use of existing crushing plants for crushing it. The physical properties of vermiculite, as well as the above requirements for crushed material, require that vermiculite be crushed not by impact or crushing action, but by cutting or simultaneously acting by cutting and impact.

The process of crushing vermiculite ore of the Karauzyaksky deposit was carried out in jaw, roll and hammer crushers in order to study the crushing performance.

The studies carried out on crushing vermiculite made it possible to establish that good results can be obtained when using hammer crushers with cutting blades. Their use makes it possible to reduce the degree of crushing, increase the thickness of the crushed vermiculite grains and reduce the specific work, thereby increasing the crushing performance.

To remove moisture, before electromagnetic separation, the -4 + 1 mm fraction was dried in a drying drum with a cyclone at a temperature of 150 ℃. The removal of nonferrous metals was carried out in an electromagnetic field using an exhaust current separator. From there, the vermiculite product goes for classification in screens for sieving into fractions -4 + 2mm, -2 + 1mm, and -1mm.

Further, vermiculite concentrate was obtained in air separators (Fig. 4.) by dry dressing. To increase the enrichment indicators and the efficiency of the separator, each size class was separated separately. The experiments were carried out on a CAD-4 air separator with a change in the air flow rate.

When separating vermiculite ore, minerals are separated by specific gravity. Minerals with a large specific gravity enter the first receiver (Fig. 4.), vermiculite, the fact that it has a small specific gravity compared to other minerals in the ore, is carried away by the air flow and enters the distant receiver. The results of the study show (Fig. 5.) that the initial speed of the main air stream for separating vermiculite grain from waste rock should be in the range of 25-30 m/s. From Figure 5 it can be seen that with an increase in the speed of the air stream, the extraction of the class
-4 + 2 mm and -2 + 1 mm into the concentrate increases. With enrichment of class
-1 + 0.5 mm, the extraction of vermiculite grain into concentrate increases with an increase in the air stream velocity up to 20 m / s, further increase in the flow velocity negatively affects the recovery, since fine particles are carried away with the exhaust air stream from the separator 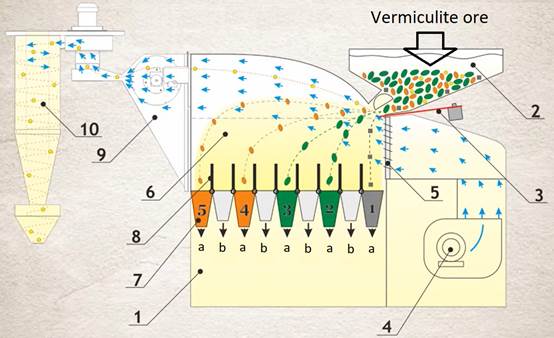 Figure4. Trajectory of movement of minerals by specific gravity inside the separator

Figure 5. Dependence of the extraction of vermiculite into concentrate on the air flow rate of the air separator

Distribution of vermiculite concentrate by fractions