In the given article there was written about light industry development in Uzbekistan by standardization and quality management. There are founded methodological approaches to understand the problems and their solution.

Manufacturing play a huge role in the modern economy. Industry is the type of structure along the lines of which all other sectors of the economy are being modernized. Industrial production is characterized by a high concentration of technologies and techniques, flexible organizational systems.  Industrial production plays an important role in the creation of jobs and employment of the population, and then, as a consequence, the well-being of the population. Thanks to industry, scientific and technological progress and urbanization of the country's population are accelerating. Heavy industry plays a special role in the economy, serving as the foundations of the entire national economy.

The global textile industry was estimated to be around USD 920 billion, and it is projected to witness a CAGR of approximately 4.4% during the forecast period to reach approximately USD 1,230 billion by 2024, according to a recent report. From a global perspective, the textile industry is an ever-growing market, with key competitors being China, the European Union, the United States, and India [2]. (Picture 1)

According to the WTO, India is the third-largest textile manufacturing industry and holds an export value of more than USD 30 billion. India is responsible for more than 6% of the total textile production, globally, and it is valued at approximately USD 150 billion.

Vietnam exceeded Taiwan and ranked the world’s seventh-largest textile exporter in 2019 ($8.8bn of exports, up 8.3% from a year earlier), the first time in history. The change also reflects Vietnam’s efforts to continuously upgrade its textile and apparel industry and strengthen the local textile production capacity are paying off. 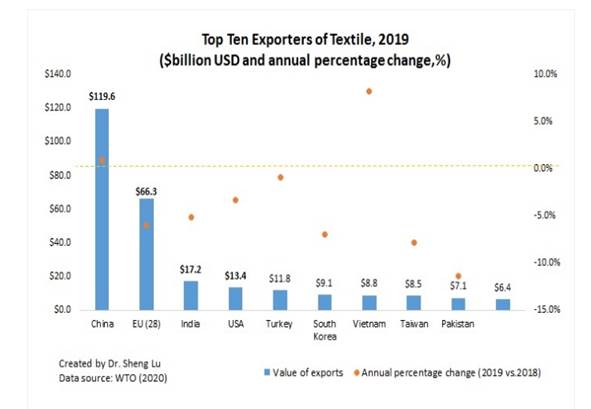 On the other hand, even though apparel exports from Vietnam (up 7.7%) and Bangladesh (up 2.1%) enjoyed fast growth in absolute terms in 2019, their gains in market shares were quite limited (i.e., no change for Vietnam and marginally up 0.3 percentage point from 6.8% to 6.5% for Bangladesh). This result indicates that due to capacity limits, no single country has yet emerged to become the “Next China.” Instead, China’s lost market shares in apparel exports were fulfilled by a group of Asian countries altogether.[2] (Picture 2)

The textile and garment and knitwear industry of Uzbekistan is one of the leading and dynamically developing industries. According to the State statistics committee, in 2017 the industry accounted for 17% of the country's total industrial volume, its share in GDP was 4%, and in the production of non-food consumer goods - over 44%. The annual growth of the industry's production volumes in recent years has amounted to approximately 18%, and exports - 10% [3].

At the same time, despite the obvious progress in the development of the textile industry, its contribution to the country's economic growth is still significantly lower than the existing potential. 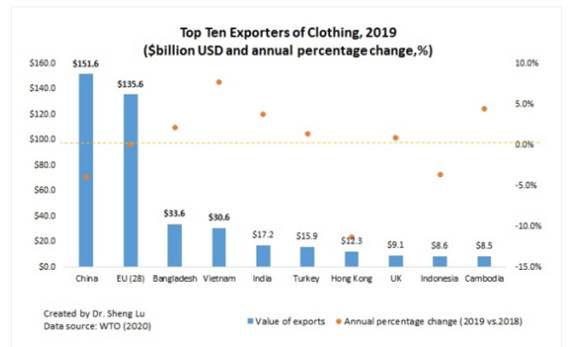 The industry still has a number of systemic problems that hinder the dynamic development of the textile and garment and knitwear industry. The development of the potential of the textile industry for Uzbekistan is one of the most important strategic directions. The country is well positioned to process and produce end products with the highest added value from available textile raw materials cost-effectively, but at the same time the industry is still less technically advanced and less attractive for foreign investment than other developing textile countries [4].

Dynamics of production of the main product groups light industry [5]

The main products of the industry are fabrics that are used to meet the needs of the population and are used as raw materials and auxiliary materials in the clothing, footwear, food industries, machine building and other industries. According to the State statistics committee, in 2017 the industry accounted for 16.3% of the country's total industrial volume, its share in GDP was 9.9%, and in the production of non-food consumer goods - over 44%. The annual growth of the industry's production volumes in recent years has amounted to approximately 18%, and exports - 10%. [5]

Our analysis of the current state of development of the industry, assessment of its competitiveness, identification of the main trends in the change in the competitiveness of the textile and garment-knitwear industry of the Republic allowed us to formulate the following goals and objectives of the study.

Achievement of the set goals will be ensured by solving the following main tasks: 1. introduction of effective mechanisms for its implementation, based on the state and industrial policy of Uzbekistan, taking into account the emerging international situation; 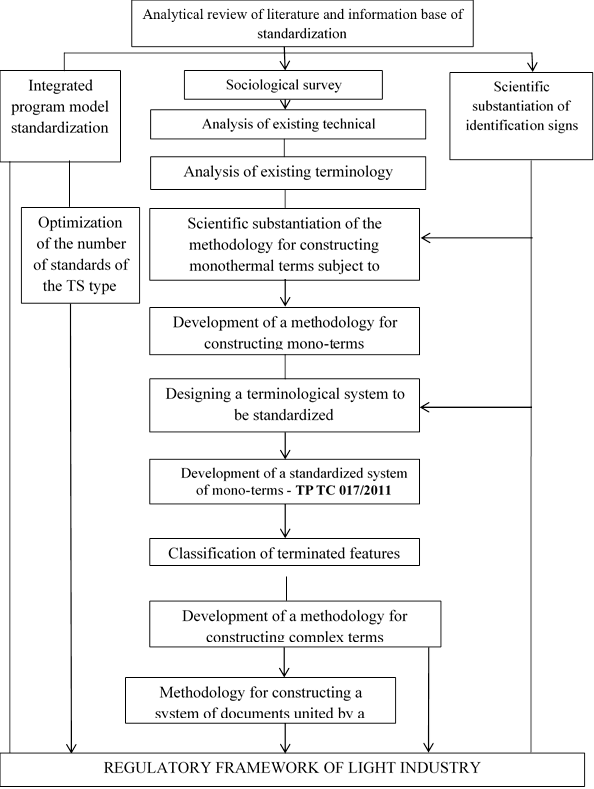 Figure 3. Complex of backbone elements of the methodology for improving the regulatory framework for standardization of the dairy industry 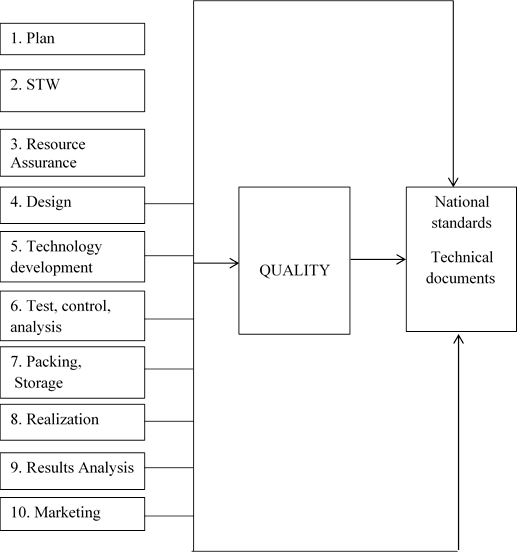 Figure 4. Relationship of quality with standardization

The research is carried out taking into account modern trends in the development of the textile and garment and knitwear industry in the world, reflects the main directions of development of the textile industry in Uzbekistan and is a consistent continuation of measures taken by the state to reform and ensure sustainable, balanced growth of the industry.