When the car moves, a vertical, longitudinal and transverse dynamic force is generated, where there is a link between the road cover and the wheel. Repeated loads from vehicles and the impact of climatic factors lead to deformation in the pavement and pavement of the road.

Deformation of the wheel track–asphalt concrete pavement can be formed in all types of road pavements, but the change in their formation and depth will be different [2].

Development of recommendations to prevent the occurrence of wheel track deformation in hot climatic conditions on asphalt pavement roads widely spread in the Republic of Uzbekistan.

- to examine the appearance of wheel track deformation on asphalt concrete pavement highways;

- measurement of temperature in asphalt concrete coatings and analysis of results;

- to examine the impact of vehicles and air-climate factors on the deformation of the wheel track formed in asphalt concrete pavement;

In the Republic of Uzbekistan, a traditional measuring instrument (3-meter reyka) is used to measure wheel track deformation, but now several different instruments are used in the measurement of wheel track in developed foreign countries:

The norms and procedure for measuring and evaluating the wheel track on the road pavement (3 - meter Rail) are given in the normative document IQN 05-2011. 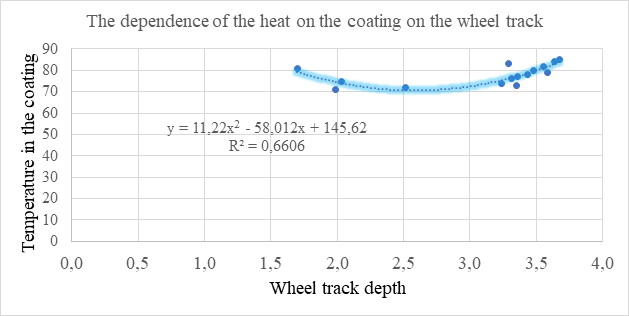 Picture 1. The dependence of air temperature on the wheel track

In 2007-2008, the old normative documents on the calculation of road junctions were re-adopted for the design of roads and highways, cargo calculated on the axis of 100-130 kn [4]. According to re ishlangan SHNK 2.05.02-2007 "highways", in the design of road junctions, we select loads corresponding to normal loads on the axis of the two-axle cars calculated. If the calculated load in the project task is not specified separately, for the calculated load, we take the load corresponding to the project machine of Group A (Table 2) [5, 6, 7].

The calculated load in the project of Group A

Based on the Table (Table 2), it is possible to determine the value of the coefficient that leads to the calculated car and the approximate speed of movement.

In order to understand the measurement processes (Figure 2), dynamic voltages obtained from the optical device (a) and then (b) can be seen below. Analysis of the obtained regression equations showed that asphalt concrete was determined to accelerate the formation of Wheel Trail deformation due to the effect of the temperature on the pavement and the forces of tension falling from the vehicles.

Figure 2. Graphic representation of measurements. A) before exposure of vehicles; b) after exposure

Conclusions: recommendations against the appearance of wheel track deformation on asphalt pavement roads. Avoid deformation of the wheel track by adding" Unirem " modifier to the composition of asphalt concrete mixtures.

To prevent the appearance of deformation of the wheel track on the roads with asphalt concrete coating, it is possible to recommend the modifier "Unirem", which is produced by the firm "Unikom". The main component of this modifier is the active rubber powder, which is obtained from the tires of vehicles that are excluded from the use of high-performance. It has long been using outdated automobile tires as a bitumen modifier in some developed states. Some companies in the US have been producing polymer powders used for road coatings from rubber waste in the 60 years [8].

To add to the composition of asphalt concrete mixtures, the polymer additive "Unirem" was brought to the optimal appearance. The modifier Univer is produced in two forms: in the form of poroshok (unirem-001) and granular (univer–002) (Figure 3) [9]. 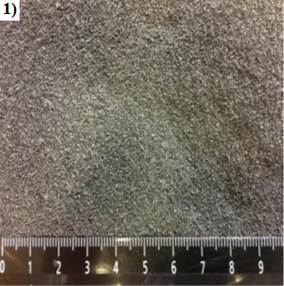 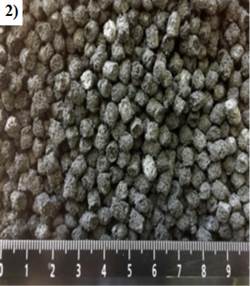 When using the" Unirem " modifier, laying and condensation of a mixture of asphalt concrete is carried out in accordance with the requirements of SHNQ 3.06.03. Results of laboratory testing of a type of asphalt concrete mixture "Unirem" were determined to improve the physico–mechanical properties (Table 3) [9].

We can see the economic effect of" Unirem " at the bottom of the repair intervals. On the roads with the usual asphalt concrete coating, we can see an increase in the repair period by an average of 5 years, when the modifier is added, on average, 7 years [8].