The article discusses the dependence of measurement value the uncertainty on the number of experiments performed under different confidence probability conditions. The computer experiment was performed in the LabVIEW software environment. Theoretical and experimental research has shown that the quality of measurement depends not only on the probability of confidence and number of experiments conducted, but also on the type of law of probability distribution of value. The measurement quality is much higher for a normally distributed quantity, while the lowest quality is obtained for a uniform distributed value.

In any field of science, technology and modern life it is difficult to name a field, process, event that is not valued by quality. Obviously, the quality of the measurement is no exception.

Although numerous articles and studies [1-5] have been devoted to measuring the quality of measurement, in fact quantitative evaluation is obtained only when the measurable quantity is distributed according to the law of normal distribution.  In the case where the law of measurement parameter distribution is not close to normal, determining the quality of the measurement is a task that requires radical additional research. Our era is characterized by rapidly evolving new technologies that are radically changing human activities and lives. One such new and revolutionary technology is virtual device technology, which imitates real physical devices. The LabVIEW software environment is a clear example of such technologies.

The main purpose of the article is to theoretically and experimentally determine the dependence of the uncertainty of the point evaluation of measurable value  on the number of experiment performed (not exceeding 20), under different confidence probability conditions (P = 0.8; 0.9; 0.95; 0.99). The study should be conducted both for the normally distributed X value and for the case where the X-value is subject to the laws of uniform and Laplace distribution. Computer implementation involve the use of the LabVIEW software environment.

Accuracy of Mathematical Expectation Estimation According to the Monte-Carlo method

When using the statistical model of the measurement process, the measurable value is determined by the function of density probability distribution and numeral characteristics: mathematical expectation, dispersion, mean square deviation, correlation coefficient, etc. But because the number of measurements or observations is always limited, we are forced to be satisfied with estimates of these numerical characteristics only. Evaluation must be thorough, irreplaceable, effective [2]. These requirements are met by the arithmetic mean of N observations.

Task formulation: Assume that an observation of the N number of observation on random values X is made. The mathematical expectation of X is

and the mean square deviation is

. On the basis of n measurements is obtained

- mathematical expectation estimation.  If n is large enough, determine  P probability that the estimate differs from

true value by not more than

means the uncertainty of the point estimate and determines the accuracy of the estimate [2-5.

The solution to this task is considered in three cases:

1) X random value has a law of normal distribution;

2) The law of distribution of value X is unknown.

3) The length X has a symmetrical, unimodal distribution.

1. It is known that in the first case the probability of

t is a parameter that depends on P-confidence probability and is given in the table.

(1) According to the (1), the minimum value of n number of experiments, that will satisfy the value of

3. If the density of the distribution of x random values decreases symmetrically on both sides of the mathematical expectation, then

These are the expressive use in the compiling an algorithm and performing an experiment in the LabVIEW software environment.

1.2. Determining the Uncertainty Band in the Case of a Normal Distribution of the Value X

Figure 1 shows a block diagram of a program created in the LabVIEW environment. At the entrance to the scheme is provided the realization of 20 random numbers with a student distribution, whose mathematical expectation is equal to 2 and the mean square deviation is 0.5.

The value of the uncertainty band (width) is obtained at the output of the scheme, which determines the reliable intervals (interval1, interval2). 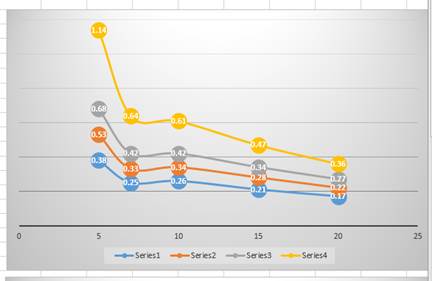 Figure 2. The dependence of the value of non-ordinary band of the number of experiments (Students distribution)

Figure 3 shows the Front Panel, which is a theoretically derived dependence of the indefinite

strip on “n” points, where

denotes the value of the uncertainty band obtained with probability p=0.95

dependence have the following character: In both cases, there is a decreasing nature of the dependence, only the experimental shows some different meanings. This must be so because in the same formula, different mean values of the mean square deviation are obtained at different “n”s. In addition, the value of the selection starts from zero, which is less than expected.

We conducted a similar experiment for the Laplace distribution law, which belongs to the law of unimodal, and according to the Monte-Carlo method, in this case we should use the following effigy:

The results of the experiment are shown in Table 2. 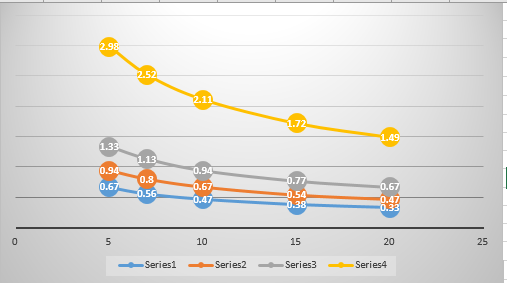 Figure 4. The dependence of the value of non-ordinary band of the number of experiments (Laplace distribution)

It should be note that the results obtained for the estimation of different x’s are again reflected in similar curves, which also confirm the decrease of

The results of the experiment are given in Table 3 and Figure 5 is a graphical visualization of the results. 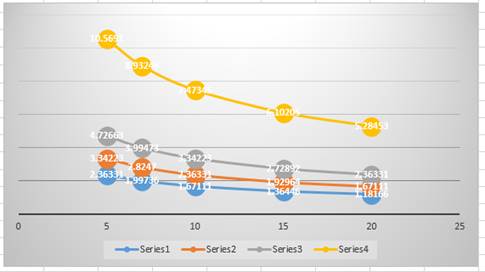 Figure 5.  The dependence of the value of non-ordinary band of the number of experiments (The uniform distribution)

Quantitative comparisons of the obtained results are shown in Table 4 and 5.

Analysis of these tables shows that when n=7 and n=10 uncertainty bands increase with increasing confidence probability, the law of all three distributions.

Based on the analysis of the obtained results, we can draw the following conclusions: