Plants have been a constant source of drugs and considerable recent emphasis has been placed on ﬁnding novel therapeutic agents from medicinal plants. Many people prefer to use medicinal plants rather than chemical drugs. The Ferula genus from the family of Umbelliferae is a large genus of about 130 species distributed throughout the Mediterranean area and Central Asia [1]. Several species of this genus have been used in folk medicines [2], and investigations on the Ferula species have indicated antinociceptive, anti- inﬂammatory and antipyretic eﬀects [3], contraceptive action [4,5], and smooth muscle relaxant activity [6,8]. This genus is well documented as a good source of bio- logically active compounds such as sesquiterpene coumarins [9] and sesquiterpene [10]. The Ferula genus has been found to be a rich source of gum resin [1]. The gum resins, which are obtained by incising the roots of several species, are used as spices and drugs in many countries.

Chromatography for extraction and fraction of Ferula samarcandica

The n-BuOH fraction of F. samarcandica (20 g) was subjected to HPD-300 macroporous adsorption resin (3:2, 7:3, 4:1, 19:1) to yield 6 fractions (Fsb-1-Fsb-6). Similarly fractions (Fsb-3, Fsb-5) ware further subjected to an opening ODS A-120 CC, eluted with a gradient solvents MeOH–H2O and MeOH (10-90% and 100-0%) to afford five subfractions. All sub-fractions were analyzed by TLC and similar fractions were combined. Fraction Fso-4 and Fso-5 were investigated on Sephadex LH-20 with MeOH–H2O as a eluent to yield compounds Fsp 21 (15 mg), 23 (50.4 mg) and subfraction of three compounds. Based on TLC analysis, subfractions were selected for HPLC analysis. The n-butanol fraction and all obtained subfractions were analyzed by HPLC using an optimized acetonitrile-water, ranging from 20% acetonitrile to 100% in 60 min at a flow rate of 1 mL/min. Samples were prepared in a concentration range from 1–10 mg/mL in methanol. 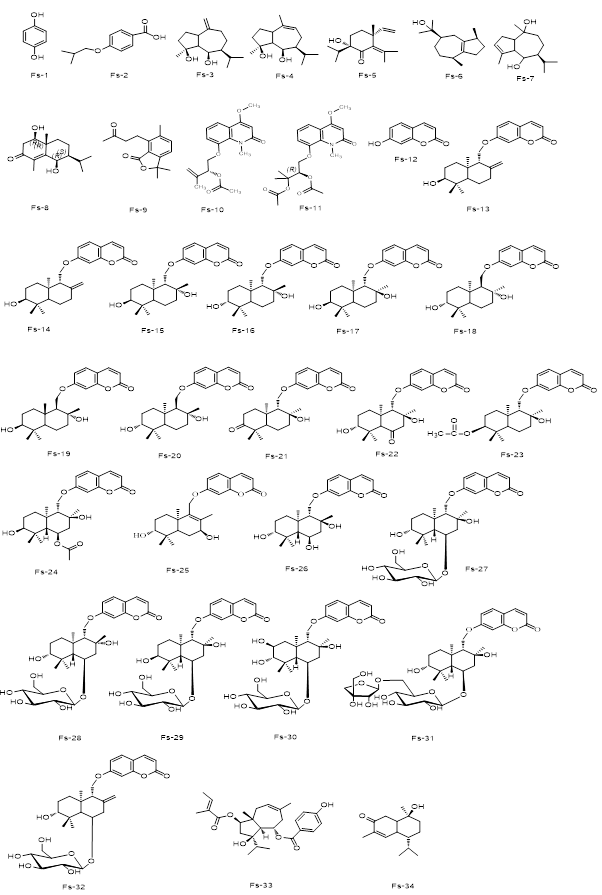 Figure 1.  Structures of compounds isolated from the roots of F. samarcandica

The isolation of pure compounds was performed by semi-preparative HPLC (45-70; 25-45%), yielding compounds 24 (11.5 mg), 25 (14.8 mg), 26 (17.2 mg), 27 (17. 5 mg), 28 (13 mg) and 29 (18 mg), 30 (17. 5 mg), 31 (14 mg), 32 (11 mg) 33 (8 mg) and  Phytochemical screening of ethanolic extracts of three medicinal plants was carried out using various chemical assay (such as TLC, HPLC, GC-MS) in order to identify either the presence or absence of secondary metabolites such as alkaloids, coumarins, phenolic compounds, flavonoids, glycosides, quinones, tannins, steroids and triterpenoids. The presence of coumarins, secoiridoids, and phenylethanoids is a characteristic feature of Fraxinus species. The secoiridoids occur mainly in the form of glucosides and esters of hydroxyphenylethyl alcohols. Lignans, flavonoids and simple phenolic compounds are also common, but they appear to have more limited distribution. The occurrence of coumarins distinguishes the genus Fraxinus from the other genera in Oleaceae. Effects of extraction solvent: To find the optimal and effective solvent for the extraction process, various solvents were tested as shown in Figure 2. Extraction with 70% to 90% ethanol, preferably from: 60% to 90%, and most preferably: 70%. Yielded extract of 10g (60%), 13.7g (70%), 12.2g (80%), 10g (90%) from 100 g of dried Fraxinus syriaca plant.  In our experiments, 70% ethanol was used due to the highest yield of extraction and the less toxicity of ethanol compared to the other solvents tested in this study (Fig 1).