An experimental study of the toxicity of pupal oil Bombyx mori

In experiments on white mice, the effect of pupal oil on the development of acute toxicity was studied by oral administration of the drug and rubbing into the skin of a pre-trimmed portion of the back and sides of animals. As a result of the experiments, it was found that the studied pupal oil was not toxic during intragastric administration and skin application, and no deaths of animals during the observation period (within 14 days and 1 month) were observed, and, therefore, it belongs to the fourth class of relatively harmless substances.

The state program for the development of the pharmaceutical industry for 2016-2020 is aimed at the use of local raw materials instead of expensive imported substances [1]. In this regard, the possibilities of using one of the wastes of coconut production - pupal oil - in the pharmaceutical industry were studied. Moreover, a study of the chemical composition of pupal oil indicates that silkworm pupae have great potential for narrowing the amino acid deficiency that is common in diets in many developing countries. Silkworm pupae can serve as an alternative to dietary supplementation of protein and amino acids, or as animal feed. Therefore, in order to make full use of this nutritional resource in the fight against nutrient deficiency, intensive efforts to popularize silkworm pupae are encouraged. 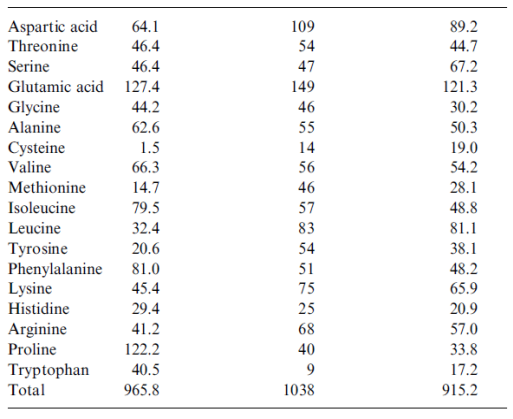 The above results from the analysis can strengthen the industrial use of this by-product as an additive to protein, amino acids and trace elements in food. [2-3]

For the organization of industrial production of a medicinal product, the necessary stage is the conduct of preclinical studies to establish the degree of its danger in various ways of entering the body. According to the requirements of the Pharmacological Committee of the Main Directorate for Drug Quality Control and medical equipment, it became necessary to conduct acute toxicity studies of pupal oil.

Aim of the study

Study the toxicity of pupal oil in an animal experiment.

The study of toxicity of the test substance was carried out according to the generally accepted method [4-6] on 60 white mice (6 in each group), weighing 19-21 g of both sexes, contained in standard vivarium conditions using a standard diet. The studied substance was orally administered to animals at a dose of 0.25 (group Ia); 0.5 (IIa group); 0.75 (IIIa group) and 1 (IVa group) ml, calculated on the weight of the animals, which corresponded to 12.5 ml/kg, 25 ml/kg, 37.5 ml/kg and 50ml/kg.

In the second series of experiments, acute toxicity of pupal oil was studied by the method of Noakes and Sanderson (Noakes, Sanderson, 1969) on white mice of both sexes (Ib, IIb, IIIb and IVb groups of animals).

To study the toxicity, pupal oil was applied to a skin area pre-trimmed from wool at doses of 7.5 g/kg (Ic group) and 37.5 g/kg (IIc group) daily for 21 days. The total duration of observation of animals was 1 month.

In this study, animal experiments were carried out in accordance with the rules of the "European Convention for the Protection of Animals Used in Experiments and Other Scientific Purposes" [7].

With the introduction of a substance at a dose of 12.5 ml/kg-25 ml/kg (Ia and IIa group), no changes were noted. Animals were active, took water and food, and reacted to external stimuli. While the introduction of 37.5 ml/kg (IIIa group) and 50 ml / kg (IVa group) contributed to a noticeable restriction of mobility, breathing became superficial and rapid. The observed changes lasted for 35-45 min, and then independently passed and the state of the animals returned to its original state. In this case, no pathological reactions in the behavior of animals were noted. They were active and completely ate food; there were no signs of intoxication. General behavior, coat color, mucous membranes, respiration, palpitations, locomotor activity, and death of mice were taken into account. The death of animals during the observation period (within 14 days) was not observed.

In the second series of experiments, 0.15 g (Ib group), 0.3 g (IIb group), 0.5 g (IIIb) were rubbed into the skin of animals preliminarily on a clipped area of ​​the skin of the back and sides of mice with an area of ​​1 cm2 (1x1 cm) group) and 0.75 g (IVb group), calculated on the weight of the animal, respectively 7.5 g/kg, 15 g/kg, 25 g/kg and 37.5 g/kg. The animals were placed in separate cells, the skin area with the test substance was left open, the observation was carried out hourly on the day of administration, for 2-3 days - 3 times a day and once a day - in the next 14 days of the experiment. We took into account the general behavior, the condition of the skin at the site of application of oil, the presence or absence of redness, the condition of the coat, motor activity and the death of mice. The death of animals during the experiment was not observed.

In the study of toxicity (Ic and IIc groups) during the period of observation of the death of animals was not observed, therefore, the pupal oil does not have toxicity.

Conclusions: Based on the experiments, it can be noted that the studied pupal oil when administered orally and applied externally (skin application) is practically non-toxic, belongs to the fourth class of relatively harmless substances and deserves further deeper study.

Director of the Medical Center of the "Shark Tibbiet Mascani", Bukhara, Republic of Uzbekistan