As you may well know, the concept of movement covers various forms of changes, transformations, and interactions. It is no coincidence that many researchers, starting with physicists and ending with musicians, payed great attention to this issue. And today I propose to dwell in more detail not only on the expression of the idea of movement in Art, but also on the specifics of movement of the works of art as such.

Many artists have been fascinated by the idea of movement and tried to express it in various branches of Art, starting with music, for which, as we all know, the time coordinate is fundamental, and ending with architecture whose “static” nature corresponds to its function, namely, providing a dwelling place for its inhabitants – people and objects of Art.

Yet the ways of conveying the specifics of motion vary significantly depending on the era in which this or that particular artist lives. For example, it was not unusual for Renaissance painters to depict different stages of movement at the same time – one need only look at the famous fresco “Journey of the Magi”, created by Benozzo Gozzoli, decorating the East Wall of the Magi Chapel of the Palazzo Medici-Riccardi in Florence. And the similar approach was successfully applied by Byzantine painters, for more often than not the images of holy persons, depicted in the icons, were surrounded by small representations of the scenes of their lives and martyrdom (let us mention in this regard the “Miracle of St. George and the Dragon” located in the Russian Museum in St. Petersburg).

Rembrandt, in his own turn, was more fascinated not by the linear plot development, but by the moments of the gripping climax, which, as is well-known, was not unusual for Baroque artists, including Gian Lorenzo Bernini and Francesco Borromini, constantly competing with each other in the sophistication of the façade decor, and Antonio Vivaldi whose concertos were characterized by impressive dynamic contrasts between a small group of soloists and the full orchestra, etc. And in the Hermitage Museum in St. Petersburg one can find Rembrandt’s “Sacrifice of Isaac” taking one’s breath away since in the canvas one can see the exact instant when, having received God’s command, Abraham is ready to offer his son Isaac to confirm his faithfulness to God, yet at the last possible minute an Angel prevents him from doing so. 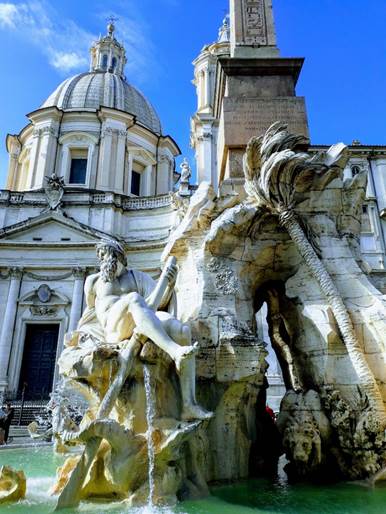 Figure 1. Sant’Agnese in Agone designed by Francesco Borromini and the Fountain of the Four Rivers created by Gian Lorenzo Bernini

In order to apprehend the shift in aesthetic ideals of the time it suffices to compare “The Return of the Prodigious Son” by Rembrandt with Jacopo Bassano’s painting treating the same subject. That is to say, the first one puts the scene with the blind old man bending over his son, expressing forgiveness, in the foreground, as though inviting us to take part in this touching family reunion, whereas the latter is “hiding” the main characters in the background, behind the representation of the interior of the father’s house, making emphasis on the preparations for the banquet given by the father to celebrate the return of his son rather than on the reunion itself. 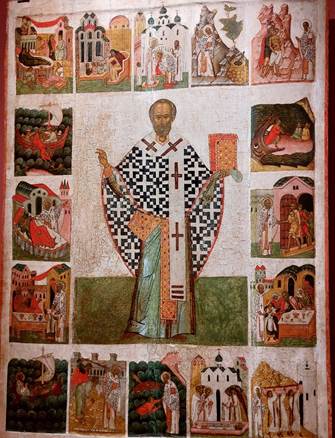 Figure 2. St. Nicholas the Wonderworker with the scenes of His life (16th century, Nizhny Novgorod)

As for Romanticists, they were more interested in the motion of the inner emotions of a person than in the movement of an object, as proven by Caspar David Friedrich’s “Wanderer above the Sea of Fog” located at the Hamburger Kunsthalle featuring a man standing with his back to the audience deeply immersed in his thoughts, as if contemplating the future.

And, indeed, the fate of the Artworks may be rather unpredictable for, once created, they start living their own lives, metaphorically speaking, and can move around the World in any direction, although such a luxury as choosing a “travel destination”, alas, is not available to them. Let us mention in this regard the Horses of Saint Mark that were looted by Napoleon, placed on top of the Triumphal Arch in the Place du Carrousel in Paris and after the Bourbon Restauration sent back to Venice, or the statues of Laocoön and His Sons, Apollo Belvedere and Dying Gaul what were taken from Rome to France, exhibited at the Louvre Museum and repatriated after Napoleon’s defeat in 1815. 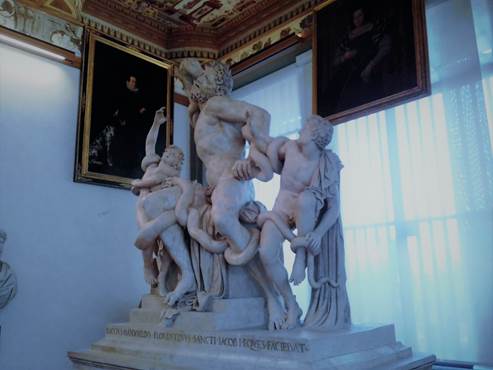 Figure 3. Sixteenth-century replica of the Laocoön sculptural group located at the Uffizi Gallery in Florence

Moreover, from time to time the Artworks might not return to their homelands, and thus the “tension” of leaving their country of origin may not be followed by what Vladimir Nabokov in his book “Other Shores” calls “musical resolution of life” [1]. Suffice it to mention, for example, the obelisks that were taken from Egypt so as to decorate the city of Rome and the relics of St. Mark that were plundered from Alexandria and taken to Venice; the porphyry statues of the Four Tetrarchs adorning the façade of St. Mark’s Basilica which were brought to Venice from Constantinople and the Praetorian Fountain which was transferred from Florence to Palermo; the Chalice of the Abbot Suger that was taken away from the Basilica of Saint-Denis, smuggled to England and entered the collection of the National Gallery of Art in Washington [2]; the Art collection of Charles I of England that, after his execution of 1649, was sold by Cromwell and became part of the Musée du Louvre and the Museo Nacional del Prado; the famous collection of Sir Robert Walpole which was sold to the Russian Empress Catherine II, nearly drowned during a storm and was safely delivered to St. Petersburg in 1779; the Gonzaga Cameo representing the profiles of a man and a woman (presumably, Ptolemy II and Arsinoe II) cut out from the tree layers of sardonyx around the 3rd century B.C. which was presented to the Emperor Alexander I by Joséphine de Beauharnais after the Napoleonic wars and later entered the collection of the Hermitage Museum, etc. [3].

As a matter of fact, the majority of the Artworks travels extensively, and the geography of their travels, covering the whole World, corresponds to the variety of the ways of depicting the ideas of movement in different branches of Art. For instance, not long ago there was an exhibition at the Prado Museum called “Tornaviaje. Arte iberoamericano en España” (“Return Journey. Art of the Americas in Spain”) showing that after the Spanish conquest of Latin America and until its independence there was a considerable movement of Artworks between the continents [4]. So it is no surprise that there are ongoing disputes between different countries over who owns this or that particular masterpiece. It should be noted in this context the argument between Greece and the U.K. based on the assertion that Lord Elgin committed an illegal act when he removed the invaluable marble sculptures from the Parthenon and exported them to Britain in the early 1800s [5]. Yet, it seems to me that however relevant those issues may be, it is much more important to draw public attention to the significance of the object of Art as it is. In other words, I do believe that first of all we should try to “decipher” the messages which the Artworks are sending us, cherish their memories [6], and preserve them for the Future generations.

I would like to thank Dr. Gerald Cipriani for his help with this research.